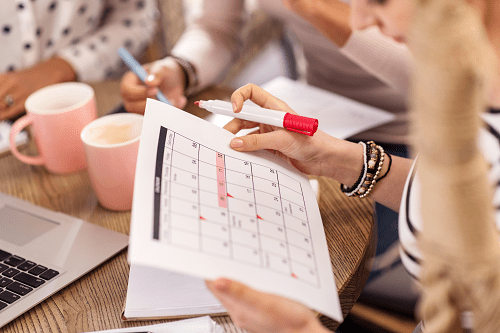 The more inexperienced the project manager, the more optimistic he or she becomes when preparing the schedule baseline. While ambitious schedules are nice to have, they are often unrealistic and can make matters worse. Customers are never told that the schedule is ambitious and therefore believe the schedule is realistic. The customers then focus on the milestone dates and now, when the milestones slip from ambitious to reality, you have an unhappy customer who wonders what other surprises will show up next.

Another factor to consider is the impact on the functional estimates. Ambitious schedules may require team members to perform at a higher position on the learning curve thus changing the functional standards. Functional managers may not want their estimates and standards to be changes. Also, ambitious schedules may require the company’s best functional workers to be assigned to the project and this may be unrealistic. Doing this also takes valuable resources from finishing a project on time and becoming available to another project due to poor time estimations.