Are Strategic “Leaps of Logic” Leaving You Dazed and Confused? 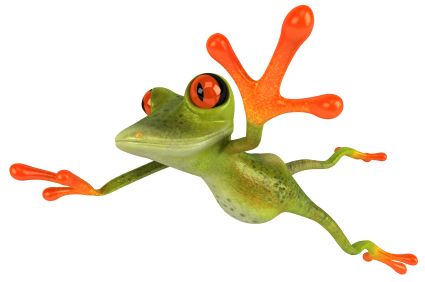 Have you ever known someone whose brain works faster than they can talk or write?  They often appear to be making leaps of logic when actually, their brain is working through logical steps but they are only communicating their first and last thought in the flow…not the thoughts in the middle.  I have found that many CEO’s suffer from a similar “problem.”  Often, they have a strategy in their heads yet it appears to others that they have made a giant leap from vision to KPIs or initiatives.   So while the CEO usually understands how the pieces fit together, most employees are not mind-readers and cannot follow the “leaps of logic”. 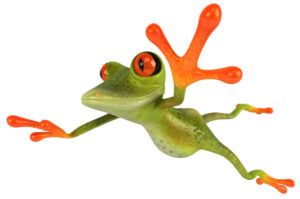 This point was vividly illustrated to me in a phone call I had last week.  A CEO called to say he wanted to use a balanced scorecard – he had seen a competitor company achieve outstanding performance which they attributed to their use of balanced scorecard.   Furthermore, he had already figured out the five most important KPIs for his own company…and he asked if we could help him get the managers and employees in his 36 locations to understand and get motivated to take action in alignment with these 5 KPIs. SIGH….I knew it would be a long conversation but he was so sincere and motivated that I dove in and began to try and pull the “middle part” out of his head by asking him questions.

He had a very clear picture of the future state of his company and his descriptions were compelling and detailed.  As we talked, I began to loosely translate his word images to strategic objectives…I could almost create a strategy map from his stories.  And that’s ONE point:  A strategy map tells a story, it paints the picture of the organization’s future state and how it plans to get there.  He seemingly skipped this and other important steps when he leaped from vision to KPI’s and, therefore, he was missing the logical linkages.

Furthermore as I helped him cross-walk his 5 KPIs to the potential objectives,  I was able to show him that his KPIs were all in the results perspective(financial and customer)…he hadn’t fully considered the  driver KPIs that would be needed until I asked enough questions to start teasing the driver strategic objectives out of his head.  In other words, he was asking his employees to focus on end results without articulating a strategy to achieve those results.

After about an hour he said, “I get it.  I skipped the middle part and that’s the MOST important part. I was told that there is a LOT of work to get to meaningful and strategic KPIs but I didn’t understand the middle part.  It is truly important.”   Eureka!

And one final point that I made ….and which he definitely understood:  no matter how smart and fast-thinking he is, if he doesn’t involve his team in the creation of strategy and the strategic balanced scorecard, they will be unlikely to buy-into or actively engage in improving the company’s performance.  He knows that he must SLOW DOWN and let other not only catch up, but have a SAY in strategy and KPIs.

Are you a fast-thinking CEO who “skips the middle” or do you work for someone who does?  You may enjoy other real stories and examples in the The Institute Way:  Simplify Strategic Planning & Management with the Balanced Scorecard.

Gail is co-author of The Institute Way. With a career spanning over 30 years of strategic planning and performance management consulting with corporate, nonprofit, and government organizations, she enjoys speaking, training, and writing, sharing her experience with others. She currently is a Partner at Credera in Dallas, TX.