The Essential Four C’s of Leadership 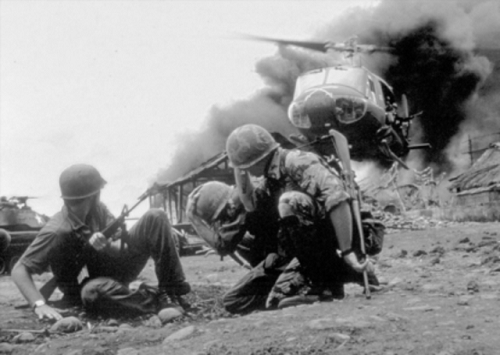 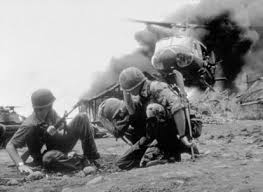 On November 14, 1965, Major Bruce Crandall and his flight of sixteen helicopters were lifting troops for a search and destroy mission from Plei Me, Vietnam to a landing zone designated as “Landing Zone X-Ray”. After the fifth troop lift, his unarmed helicopters came under such intense enemy fire that the ground commander ordered the second flight of eight aircraft to abort their mission and return to base. Major Crandall made the determination the group of soldiers on the ground were in dire need of additional ammunition and made the decision to adjust his base of operations to a closer location to deliver this ammunition and evacuate soldiers who had been wounded.

Medical evacuation was not the assigned mission and Major Crandall sought volunteers to assist him. He and one other aircraft proceeded to Landing Zone X-Ray with complete disregard for their personal safety. Despite the intense, relentless engagement of the enemy, Major Crandall’s flight of two aircraft was successful in loading the seriously wounded and evacuating them to safety.

His voluntary actions motivated other pilots and instilled into them the will and spirit to follow his lead, thus resupplying ground forces with much needed supplies and providing a means for evacuating injured combatants. As a result of his leadership and perseverance, Major Crandall completed 22 flights on that day, providing critical resupply to the infantry battalion and saving numerous lives of injured soldiers by evacuating them to a location where they could be medically cared for.  His actions and demonstration of true leadership motivated others under his command into following his path and turn a series of hostile, extenuating circumstances into victory.

Aristotle referred to Courage as the first virtue of leadership. It is courage that makes all the other virtues of leadership possible. Being a leader often means being out in front; it means confronting reality and taking a hard look at your organization. What is the truth about our current state? It is about saying what needs to be said when it needs to be said. A lot of individuals shy away from confrontation and circumstances where there is a potential for conflict. Being able to have honest conversations help organizations work through issues, as painful as the trek might be. Major Crandall was more concerned with what he perceived was best for the mission, more so than his own personal safety or comfort. He was willing to make the decisions to get the job done.

Commitment is the second C of Leadership. As a leader, you have to be willing to do the hard things, even when not popular. This translates to being able to confront performance issues, whether they lie with people or processes. When process issues are ignored, they become toxic over time and have a negative impact on the performance of the organization. Dealing with these issues up front and directly have a long-term positive impact on both the organization and its culture.  Major Crandall disobeyed an order which could have had a detrimental impact on his career. Major Crandall wasn’t worried about his career. He was committed to getting much needed supplies to troops on the ground and evacuating those in need of medical care, regardless of the personal cost to him in terms of career, and even his life.

As with courage, leaders must be committed to the mission of the organization. Not only must they be committed, but they must be able to live and communicate their commitment to the rest of the organization for it to be successful. Leaders must be committed to the teams of individuals who work for them. Leadership isn’t about you!  It’s about the people you lead. It’s about believing in individuals and enabling them to be successful.  Major Crandall’s “leading by example” philosophy motivated others to follow his lead and make the mission successful. He took the responsibility for the decision, but his actions enabled others to contribute and perform by emulating his actions.

Another critical area in leadership is Consistency.  John Maxwell states, “Small disciplines repeated with consistency every day lead to great achievements gained slowly over time.” Consistency is what established our reputation not only as leaders, but also as organizations.

Customers and employees don’t want to be surprised. They want predictable results and outcomes. If I order a blue Chevrolet Corvette Z06, I don’t want a red Volkswagen Beetle.  Likewise, in the workplace, employees generally desire an environment where expectations are known, shared and not ambiguous. Leaders who do are not consistent create environments of fear, anxiety, insecurity and discontent. One of the most damaging things a leader can do is to say one thing and do something totally different 24 hours later.  It throws the entire organization into confusion. Major Crandall was very clear in his intent. Not only did he ask for volunteers and describe exactly what he was planning to do; he then did it 22 times in a single day.  His actions were consistent which resulted in others getting on board and seeing the value of what was being accomplished.

Finally, the fourth C of Leadership is Compassion. General Douglas MacArthur was quoted as saying, “A true leader has the confidence to stand along, the courage to make tough decisions and the compassion to listen to the needs of others. He does not set out to be a leader, but becomes one by the equality of his actions and the integrity of his intent.”

Compassionate leaders seek to influence others, not demand, but encourage others towards success and opportunity.  Because of the innate nature of this leadership trait, when exercised, it provides the basic ingredients for forming a healthy work environment: stability and psychological safety. When employees feel they are in a safe environment, they are more willing to take risks which can result in more innovation in the workplace.

Compassionate leaders have a zeal for what they do. They believe in themselves, their organization and their people. Their actions inspire and motivate people to greatness. Major Crandall was compassionate about the circumstances the troops on the ground would face in a very near future if not resupplied. He was equally compassionate about ensuring those who were wounded while fighting for our country received an opportunity to receive medical care and survive. He translated his compassion into action which inspired many others to follow him and turn what could have been a very bad day into a very good one.

There are many other “C” attributes of leadership, Confidence, Character, etc., but in my way of thinking, the four listed here are critical for any leader to be successful, whether in industry or in life. 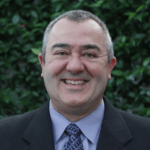 Terry is Balanced Scorecard Institute's Director of Training and Senior Associate with over 30 years of experience working in both the private and public sectors.